Just last month we blogged about the trouble with Baltimore speed cameras. But B-more isn’t the only metropolitan area having issues with these money-making headaches. Metro P.D. Sergeant Mark Robinson tried to get the city of D.C. to pay attention to the problems with their cameras, but they wouldn’t listen. It wasn’t until he got nailed with one himself and challenged it in court that he found success. And this level of success could be a major problem for D.C. city officials. END_OF_DOCUMENT_TOKEN_TO_BE_REPLACED

Because the police needed an official rule to alert them to the fact that citizens can record them while on duty and not face arrest, the Metropolitan Police Department of DC has issued a new general order making it very clear. The order came on the heels of a lawsuit where a citizen working with the ACLU sued the city for violating his rights when he was arrested for taking photos of police while on duty.

According to The Legal Times, the order, “explicitly recognizes and instructs all the members of the police department that people have a constitutional right to video and audio record them while they’re doing public business in a public place.”

Gwendolyn Crump, a spokesperson for the department said that the rule was already a part of departmental policy, but that the new statement simply affirms and clarifies the people’s right to free speech in regards to police action.

The lawsuit involved a man who was taking photos of traffic when he police confronted him in Georgetown. He said they told him it was illegal to take such photos without permission from the office of public affairs. He was detained and asked for identification. The lawsuit was eventually settled on July 13, shortly before the statement came out from the Metropolitan Police Department.

If you are recording police while they are acting within their official duties and in public, they cannot harass you. However, if you interfere with their work or if your footage may contain evidence from a crime, they can take action to stop you or request you send the footage or photos in to the department.

If police do seize the camera or recording device, the order notes that they can’t review anything without a warrant or, in “exigent circumstances,” without permission from the watch commander. It also notes that police can’t delete or order someone to delete photographs, videos or audio recordings.

Erasing photos and footage has been a problem in a few jurisdictions when police didn’t want their images captured and certainly didn’t want evidence of their work being made public.

Attorneys suggest the language of the statement from the police department was part of the settlement.

What constitutes as interfering with police work? Well, that’s largely up to the police officer in question. Simply mouthing off at the wrong time could give an aggravated officer enough motivation to take your camera and arrest you for a criminal offense of disorderly conduct.

Sometimes, the way law enforcement works puzzles even legal experts. But if you are charged with a crime, the assistance of a local defense lawyer can be invaluable. Contact our offices today to discuss your case and how we might be able to help. 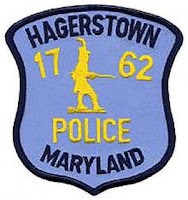 The amount of computer surveillance and monitoring this system will be capable of is impressive. Their goal appears to be a massive surveillance infrastructure, where there will be no place in town that your actions are not monitored and recorded by the police.
But does everyone agree that this is a good thing? Civil liberties and privacy advocates are sure to be suspicious of this government intrusiveness in our lives.
And it is all happening without any public debate as to what we think is reasonable. The technological capabilities are far ahead of the desires of the citizens.
Already there are widespread license plate scanners tracking an monitoring our driving habits.
We are certainly happy when they are used to quickly identify and track stolen cars, or even find fugitives wanted for failure to appear on a court warrant.
We may be a little more suspicious and skeptical if we are stopped for having a suspended drivers license that we weren’t notified of.
So, where are the limits of what the public things is a reasonable level of monitoring and tracking of ordinary citizens?
We should have that debate now, before the government security infrastructure is fully embedded and impossible to stop.
More details here.

The case is one of an innocent life nearly cut short at the hands of two teens in a gunfight. Both were convicted of attempted murder but according to this editorial in the Baltimore Sun, their convictions were the result of good police work and not the high-tech cameras or GPS systems in use at the time.

Baltimore is one of several cities around the country that has installed numerous surveillance cameras in an attempt to discourage crime on their street corners. But, as the editorial suggests, the cameras don’t deliver “crisp, clear images” and instead convey highly pixelated and fuzzy images. In a case with less evidence, such images could have worked in the defendant’s benefit.

Since 2004, the city of Baltimore is said to have sunk over $15 million into such cameras—cameras that can’t identify a face from 100 feet away. These cameras are all over the city and one has to wonder what good they are doing. One commonly held belief is that they don’t prevent crime at all and if anything, they simply move crime.

Another interesting flaw in the use of technology in criminal justice that this case uncovered is the function of GPS monitoring. One of the defendants in this case was attached to monitoring as part of a juvenile case. However, the monitor bracelet only had the capacity to say if the man left home—not where he went or how far.

While his exact location via GPS would have been nice for the prosecution in this case, tracking offenders down to their every-minute latitude-longitude seems a little extreme and not likely appropriate for a juvenile offender thought to be at no risk to the community.

The fact it, technology cannot eliminate crime. And sometimes, even the most “advanced” technology can’t solve crime either. However, such technological instruments can be used as evidence in criminal trials, making their effectiveness and reliability a serious issue.

If you are facing criminal charges, it is the responsibility of your defense attorney to look at all of the evidence against you. As your lawyer, I would question any evidence the state submits, ensuring its integrity and making certain your rights were not violated in any way during the collection of such evidence.

Whether you are facing drug charges, a DUI, or something far more serious, I can help. Contact me today to discuss your case and how we can work together for the best possible outcome.

Technology is constantly moving forward. The military is consistently supplying the civilian world with innovative devices to assist in crime fighting and the fight against terrorism. Mobile fingerprinting devices are being used in several cities across the country, including some Baltimore suburbs.

As this article from the Washington Post discusses, technology for the mobile devices being used in Maryland and Virginia comes directly from the military. These devices, when used in police work, are useful in identifying both suspects and victims.

The Post outlines several cases where the devices were useful in identifying bodies or accident victims. However, police are most interested in using them to identify suspects who may be lying about their identity.

For now, the police can only scan someone’s fingerprints if they are under arrest or if they agree to submit. Interestingly, the officers interviewed said that have not had many refusals simply due to the fascination people have with the technology.

The scanners scan fingerprints or irises (eyes) and immediately compare them with prints already in the states database. If there is a match the scanner details who the person is and if there may be any active warrants for their arrest.

Often, people pulled over who know they have a warrant or are breaking the law by driving while their license is suspended will lie and state they don’t have identification. If they agree to be scanned, the police will likely be able to determine their identity and deal with the law violations immediately.

Opponents to these devices worry about potential abuses. Police pressuring people into submitting or not properly explaining that the scan is optional could cause some problems as criminal cases go to court.

Police have to be wary of civilian’s rights at every stage of an arrest. From a traffic stop to the investigation of more serious assault charges, they have a protocol that must be followed.
If you are facing criminal charges and need the assistance of a defense attorney to ensure your rights are protected at every stage of the game, call me. We can discuss the charges you are facing , potential outcomes, and the best way to approach the case.

Next Page »
Contact us for a free legal case evaluation on any criminal charge in Maryland by calling: